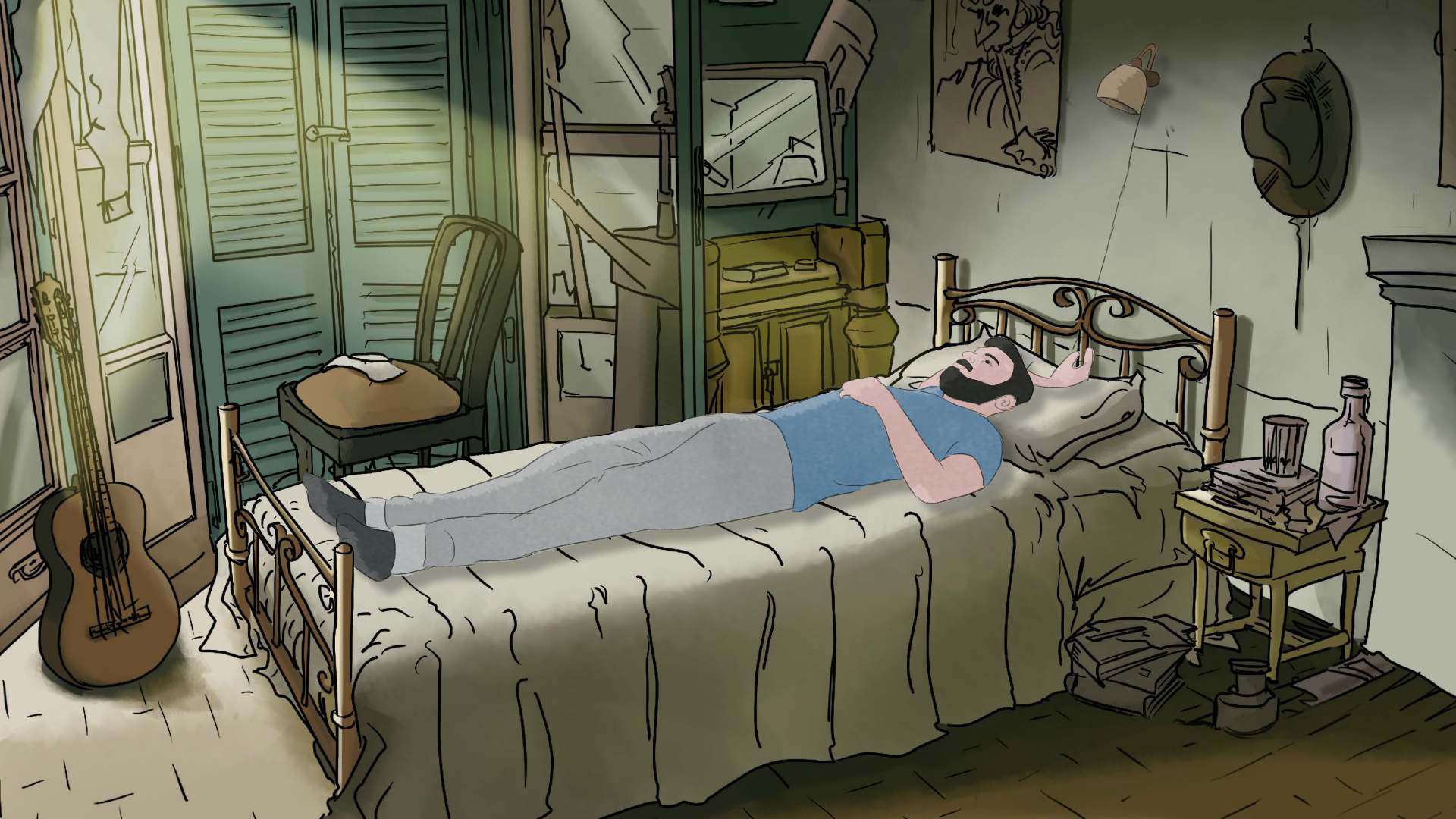 Synopsis:
Errikos is a handsome young Greek man and a virtuoso in flirting, despite his long-term relationship with Venetia. When she tells him they can no longer be together, he’s left with two choices: Face his fears that kept him immune to devotion or carry on the life of a Casanova.

While Errikos is being terrified of his critical status, the Isle of Corfu will further drag him into a time-travel adventure with little mercy and plenty of whimsical questions.The stakes are high for the young musician, who has no other option but to escape from the labyrinth he himself built.