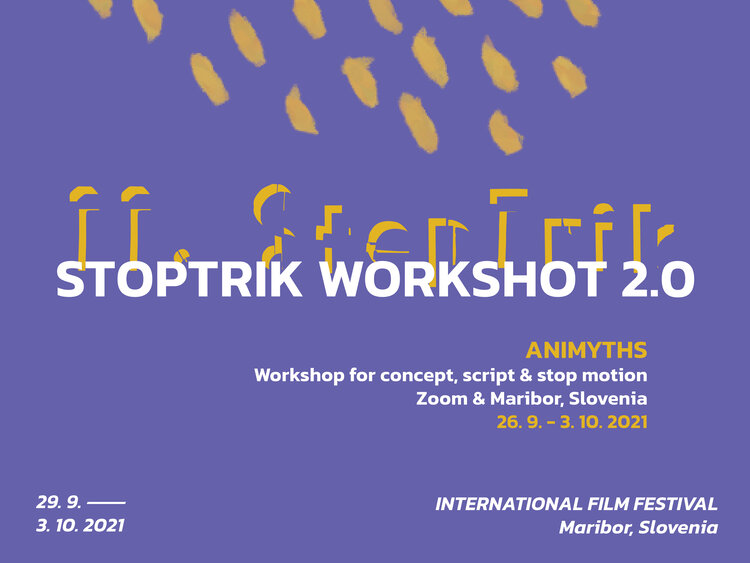 Vassilis Kroustallis and Scheriaa Productions participate in the Animyths Workshot 2.0 workshop organized by the StopTrik Festival at Maribor, 27-29 Sep.

Our own contribution will be in the following:

Phase 2: Script writing workshop with Vassilis Kroustallis / 27. - 29. 9. 2021 / 5 hours a day / live event
On the first day of the workshop the participants will be introduced to the essentials of  film narrative theory. The 90-min seminar will first cover the themes of plot and character structure, as evidenced in major narrative theories; but it will quickly focus on the notion of myths and archetypes presented in films, and more particularly the 5 ‘ArchePaths’ framework of story development professional and mythologist Pamela Jaye Smith.

The seminar will explain the major characteristics of these ArchePaths, how they lead to recognizable characters and actions, and apply them to instances of short animated films. From September 27th to September 29th the participants will work with Vassilis Kroustallis (individually or in groups according to their preferences) on the first draft of a short animated film which thematically refers to an original, canonical story of cultural importance to them. The script conceived during this workshop should function as a „blueprint” for the filmmaking part.

During this phase you will learn about:

More about the workshop